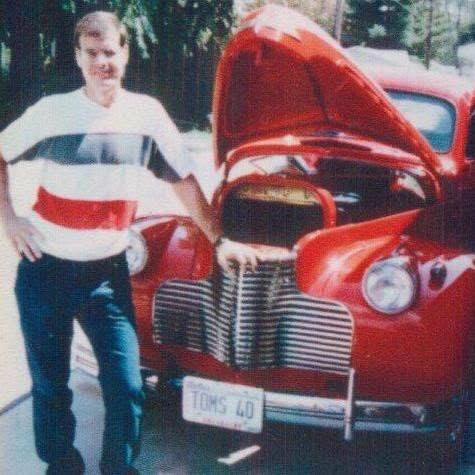 “Nothing is ever really lost to us as long as we remember it.” – Lucy Maud Montgomery

My family went on exactly three vacations as I was growing up. One was to the Ramada Inn that was just across the river from the town in which we lived. This is what is called a “staycation.” today. You might think this was less than spectacular, but it was actually quite memorable.

During our weekend stay at the Ramada Inn, the main activity on our agenda was swimming, at least for my brothers and I. Despite the fact that we were less than 20 minutes from home we had a lot of fun. It was during this weekend of swimming, swimming, and more swimming that I had one of my first tastes of powdered donuts.

My love affair with donuts began at that Ramada Inn. The hotel is still there, but it has changed hands from one franchise to another several times over the years. Despite this, I can still taste those powdery rings every time I pass by that building. I can also smell the chlorine of the pool. It was a “staycation” that had stuck with me over the years.

The second trip my family went on was to Six Flags Great America in Gurnee, Illinois. The memories of this trip are a bit more hazy. However, I believe my dad lost his glasses on one of the water rides.  I am not sure what it is with Bradshaw men losing their glasses in water, but it does seem to be a trend (see “Patience” – Part 2).

While at Great America I also met Bugs Bunny and Yosemite Sam, which was kind of surreal. I had only ever seen these characters in television cartoons. But there they were in living color.  Plus they were much, much larger in real life, which was confusing to the mind of a little boy.

To this day I despise amusement parks. I am not sure if this hatred originated on this particular vacation, but it is a distinct possibility. At this point in my young life I was still getting around by pushing a walker. While at an amusement park this is no easy task. There are uneven surfaces everywhere, and thousands of people through which to navigate. To make matters worse there were no powdered donuts to be seen anywhere!

Our final trip as a family was to Rapid City, South Dakota, along with a fewer smaller towns in Minnesota. My dad was a fan of Westerns starring Clint Eastwood and John Wayne, and he enjoyed tales of the Wild West. Therefore, we visited several places on this trip where outlaws committed their notorious crimes.  One such place was Northfield, Minnesota.

This small town is the site of a raid by the James-Younger Gang on the First National Bank of Northfield, which occurred on September 7, 1876. The James-Younger Gang was comprised of Jesse and Frank James, along with Bob, Cole, Jim Younger, and a few other less notorious men. This robbery was thwarted by employees of the bank, and all members of the gang were either killed or wounded.  Jesse and Frank were the only members of the gang to make a successful escape. It was fascinating to go inside the bank where this infamous event took place.

While in South Dakota we visited several tourist traps, such as the Corn Palace.  This concert venue/arena is located in Mitchell, South Dakota and is decorated on the outside with murals made entirely out of corn. We also stopped at Wall Drug, which is basically a shopping mall with all kinds of knickknacks related to the Wild West. Almost as soon as you enter South Dakota you see signs encouraging you to visit Wall Drug, which you should if you are ever in this part of the country.  Order yourself a bison burger and an ice-cold glass of water.  On a hot day, there is nothing like a cold, refreshing glass of the water at Wall Drug!

We also traveled through the Badlands and the Black Hills. South Dakota is full of natural beautiful. It is also home to Mt. Rushmore a national memorial featuring a massive sculpture that depicts four of America’s greatest presidents: George Washington, Thomas Jefferson, Theodore Roosevelt, and Abraham Lincoln.

The faces of these men were carved into Mount Rushmore between 1927 to 1941. It is an awe-inspiring place to visit, especially on a day when the skies are brilliant shade of blue, as they were the day we visited. The enormity of the sculpture is rather breathtaking.

I think one of the best parts of this vacation was that it was one where my dad enjoyed seeing things he had only ever read about or seen depicted in movies. We also got to visit Ellsworth Air Force Base, which is home to the B1 bomber, an aircraft that played an important role during the Cold War with the Soviet Union.

Many memories were made on this trip, which made it all the more special. For, little did we know at the time, these would be some of the last memories that we’d create with my dad. It was nearly a year later that he found out that he was dying of leukemia.  This disease would take his life within a year. Take the time to make memories with your family. Time is precious and life is very fragile.